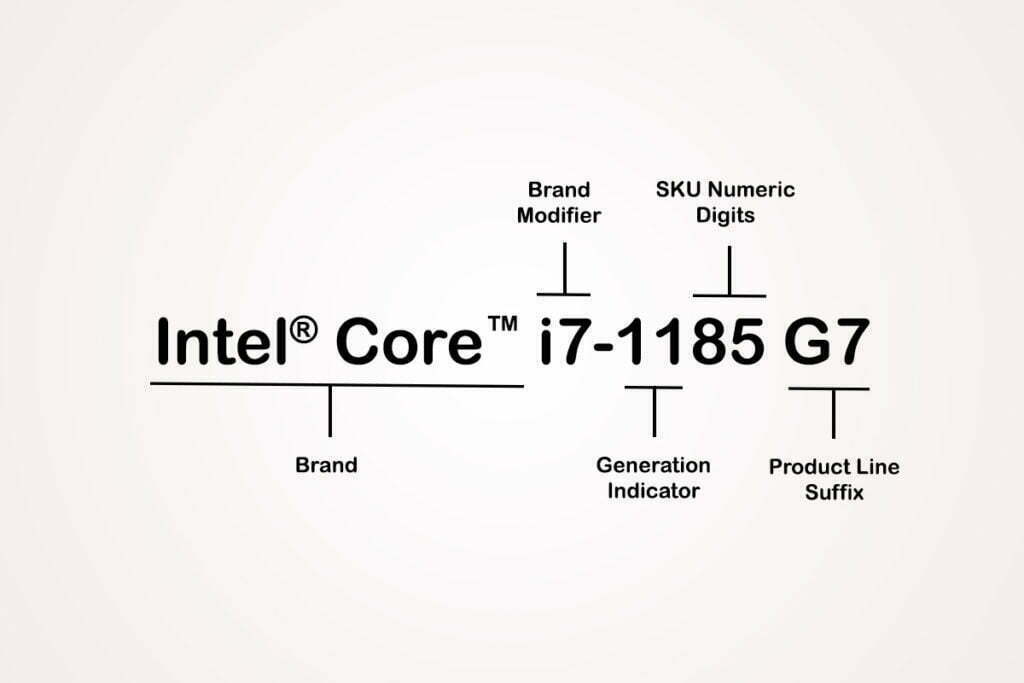 Processors decide the performance of the CPU and the whole system. All the programs in the front end of the desktop run according to the processor that is used. With that said, Intel is the leading CPU manufacturers that have a great lineup of processors under its brand name. If you are not so techie person, you must wonder what the different letters and codes are used in the Intel processor naming. You may not even differentiate between Core i3 and Core i5 processors. Intel has launched tons of processors to date and it distinguishes each of the processors with different codes altogether. If you wish to know the Intel Letter Codes, dive into this article. In this article, we will see how Intel differentiates its processors with different numbers, codes, and letters.

As we all know, the bigger the number, the newer the version embedded with some major features. Intel follows the same rule and releases processors with numbers in ascending order. However, other than the numbers like i3 and i5, it also uses some codes in the suffix that have pre-defined meanings. If you are wondering what the numbers and codes designate, here is the list for you. We have talked about the product brand, generations, SKUs, brand modifiers, and product lines in the Intel naming schemes here. This will further help you find the right CPU for your requirements. Have a good read!

Before learning about Intel Letter Meanings, let us first look into the naming scheme and the segments that were present in it. The name of the Intel Core CPU is a combination of six segments namely:

Now let us talk about each of the segments in detail below.

As we all know, Intel is the name of the company which says that Intel is the manufacturer of the CPUs. This will remain the same for all the CPUs.

There are different brand names under Intel CPUs, each designated to perform differently than others. The most popular brand names we all are aware of include: Intel Core, Xeon, Pentium, Celeron, etc. The core is however the well-known brand name among the other names.

Now let us talk about the brand modifier that starts with “i”. There are four categories of Intel Core models that you can come across namely, i3, i5, i7, and i9. These modifiers have different meanings.

Generation indicator is another aspect that you need to know to find out Intel Processor Letter Meanings. Intel has so far launched many generations of processors and the 11th generation of it is soon going to make its debut. The Intel desktop CPUs are from the 10th generation. The 10 in the naming scheme indicates the generation of the CPU. The difference between generation to generation is features. The performance factor is enhanced in the ascending generations of CPUs.

The SKU Number of model number has nothing to do with the generation or the specifications. It just indicates the position in the hierarchy of the generation it belongs to. For instance, consider i3-10100, i5-10600, i7-10700, etc, the performance of the CPU is much higher than the formers. The features also vary from the older to newer versions.

Coming to Intel Processor Letter Suffix, they are tagged at the end of the processors’ name and have pre-defined meanings. The designations of the letters are given below.

Now let us take an example of the latest Intel Core CPU i.e., Intel Core i7-1185G7, and name it accordingly.

So yup! We are wrapping up the overview of the Intel Letter Codes naming scheme here. If you are set to shop for a new CPU and want to know the basics of the naming of your processor, check out this article and the example given above. If this article interests you in any way, do give us big thumbs up by bookmarking our website.